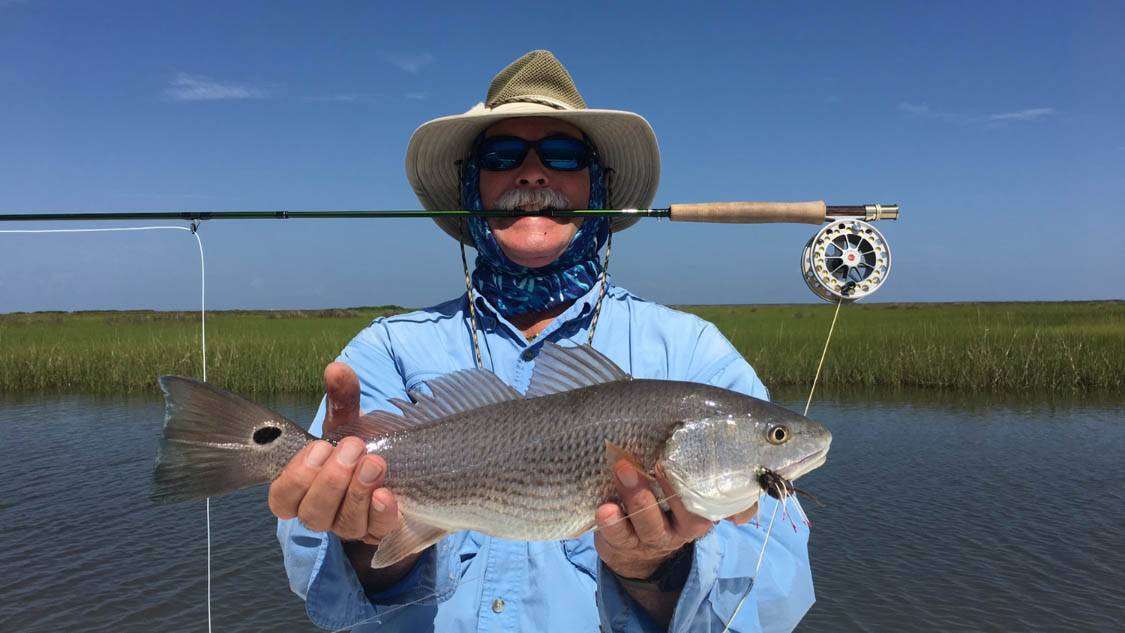 On a recent trip, I had a fly fishing angler that was from Wyoming! Mr. Trulock is an avid freshwater trout fisherman and wanted to step up the action a bit and try to catch several first-ever hard fighting saltwater fish!

We departed the dock at 5:30 AM and headed south to the famed Biloxi marsh. The wind was light and northerly, but by the time we arrived at our first stop in the marsh it had picked up and was a little too high for fly tackle.

We opted to fish over some oyster reefs in about six foot of water with spinning tackle. Our terminal tackle consisted of an Oddball Cork with 30 inches of 20-pound test fluorocarbon leader, 1/4 ounce H&H Chartreuse color jig head and Matrix Shad Holey Joley soft plastic bait.

At our first stop, we had steady action with the Speckled Trout and White Trout until the tide had topped out on us. A lot of undersized fish were caught and released, but we still managed to send some very nice ones to the fish box.

Once the tide had turned and started to fall, the water clarity went way down on all of the reefs and a bite was hard to come by. We made a decision to try some of the shallow ponds that are within the scattered marsh. Our target now would be the hard fighting redfish.

Once we got into the first pond, we immediately saw several redfish pushing wakes and tailing in the shallow water. I set the boat up to troll the bank and get within fly casting range. Unfortunately. the visibility in the ponds wasn’t much better than the outside reefs. However, I figured that if we can get close enough without spooking the fish and put a fly right on it’s nose, it would most likely eat it. After several attempts at multiple fish, we were batting a big fat zero on the fly.

We had just about trolled an entire pond and we’re getting ready to head out to make another run and I noticed a fish tailing that might be a possible candidate. I positioned the boat where Mr. Trulock would have the best angle to cast with the wind. After several casts, the fish did the same as the others and drifted off in the silt filled water never to be seen again.

Mr. Trulock made several more casts in the same location where we had seen the first fish and out of nowhere, a nice redfish rolled on his fly and was instantly hooked up! After a short fight, a golden beauty was brought to the net and he had just caught his first ever Redfish on a fly!

We had about 45 minutes left on the trip, so I asked Mr. Trulock if he’d like to try his luck a Tripletail on our way back to the dock. He responded with a excited, heck yeah!

We were cruising just off the shoreline of one of the marsh islands and I noticed a derelict crab trap floating close to the shoreline in about 4 foot of water. Upon further inspection, there was a nice Tripletail nosed up directly underneath the float. I maneuvered the boat to place the bow towards the fish so Mr. Trulock could use the wind in his favor when casting the fly.

His first cast with the 6 weight trout rod was just a little off the mark. He made a haul and his second cast was the money shot! He stripped his line about three times and the fish struck the crab imitation fly and the fight was on!

After about a 5 minute fight that consisted of several long winded runs, jumping and nearly getting wrapped around the crab trap float line, the fish was brought to the net. This was another first for Mr. Trulock. A very fine 19 inch Tripletail hit the fish box!

Sometimes, it’s not about how many you catch… It’s all about new experiences! 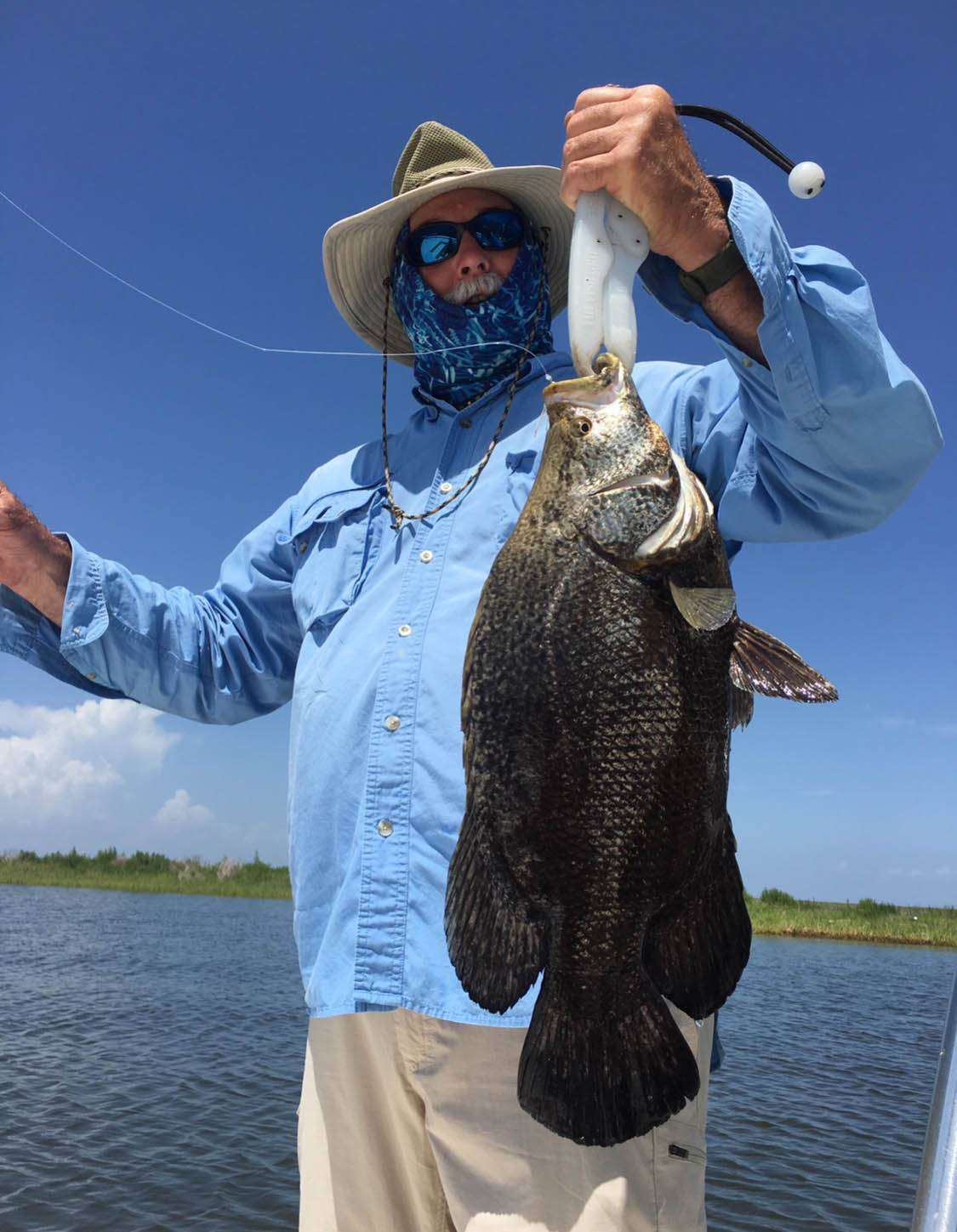 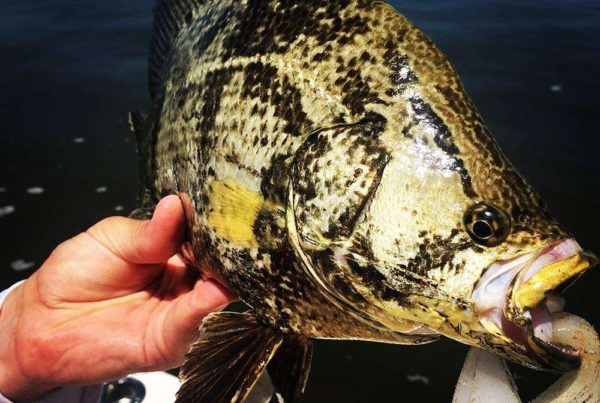 Louisiana Marsh Charter Fishing: An Experience Like No Other 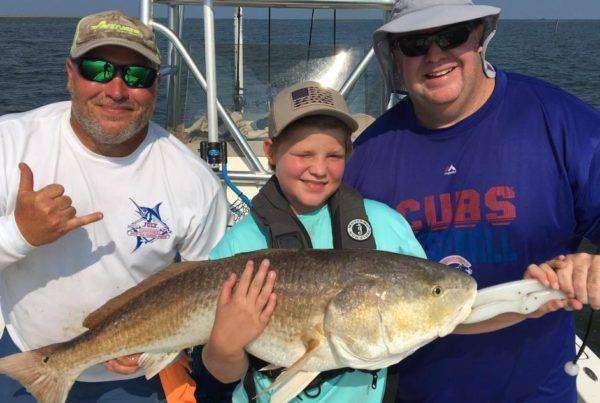 What To Expect in Biloxi this Spring

3 Tips For Wintertime Redfish In Gulfport

© 2023 Legends of the Lower Marsh. | Web design by SteamWorks | Page One Fishing