Fish the legendary Biloxi marsh for redfish and speckled trout. 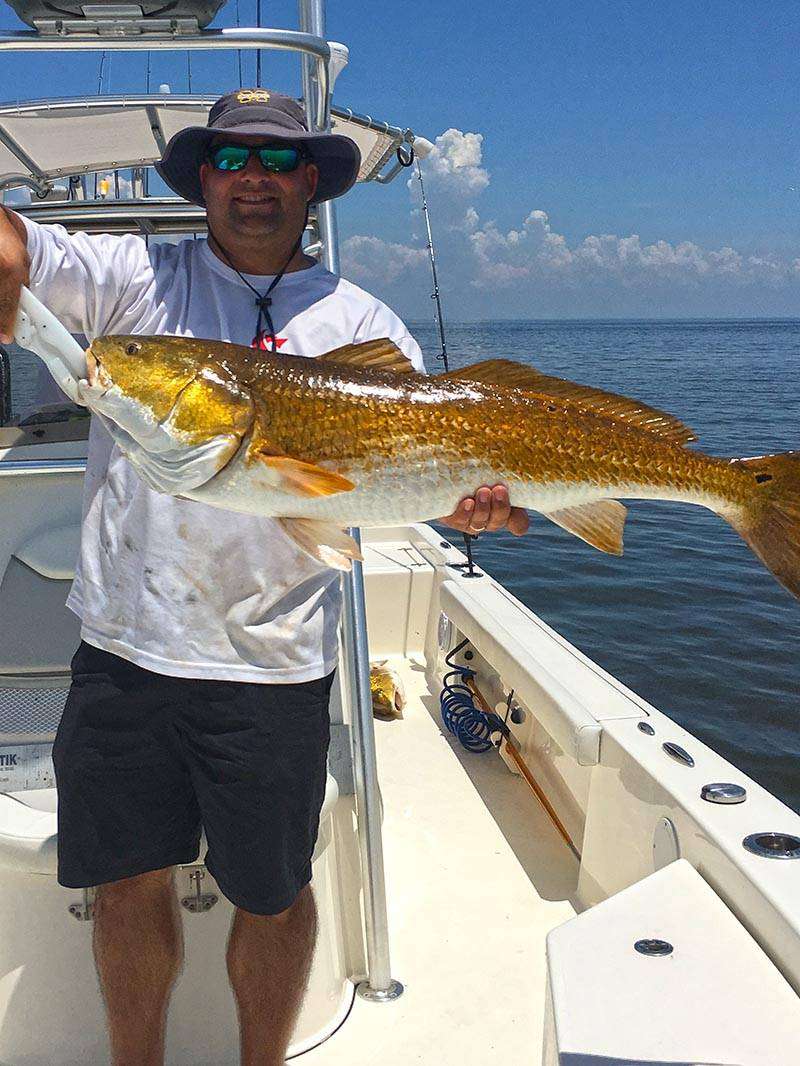 Louisiana’s Biloxi Marsh is unlike any other ecosystem in the country — mile after mile of marsh and saltwater where numerous species of fish call home. Redfish and Speckled Trout are famous here — and for good reason. The waters of the Biloxi Marsh are absolutely crawling with these prized gamefish.

But, Redfish and Speckled trout are not the only fish that thrive in this beautiful place. Monster Black Drum, Flounder, Triple Tail, and more provide an abundance of targets for us. It’s not uncommon to catch 3-6 species of fish on a single fishing trip.

The marsh is a special place where you can get away from the hustle and bustle of everyday life. But, as peaceful as it looks, it is packed with fish catching action. There is seldom a dull moment when you fish with the Legends of the Lower Marsh!

“Legendary” is the best way to put it when talking about the Redfish action in the marsh. After you fish for Redfish in the marsh, you’ll have a complete understanding of why it is billed as the Redfish Capital of the World. Depending on the time of year and the conditions, fish from 2lbs all the way to 40lbs can be caught. Come experience LEGENDARY Redfish fishing!

Prized for their table fare, Speckled Trout are actually ferocious strikers. They attack topwater plugs just like a Largemouth Bass but pound for pound, they fight harder. Speckled Trout are just as prevalent in the marsh as Redfish but the bag limits are higher. If you are looking to stock up on some great eating fish, this is your fish!

Louisiana Marsh Charter Fishing: An Experience Like No Other

The Louisiana marsh is a beautiful, serene ecosystem that provides anglers with a one-of-a-kind fishing experience. From Redfish to Speckled Trout, Black Drum, and Triple Tail, this marsh teems with…
Read More
November 17, 2022 in Marsh Fishing

3 Tips For Wintertime Redfish In Gulfport

If you're looking to catch some redfish in Gulfport during the winter, here are a few tips to help you out. Redfish can be a lot of fun to target…
Read More 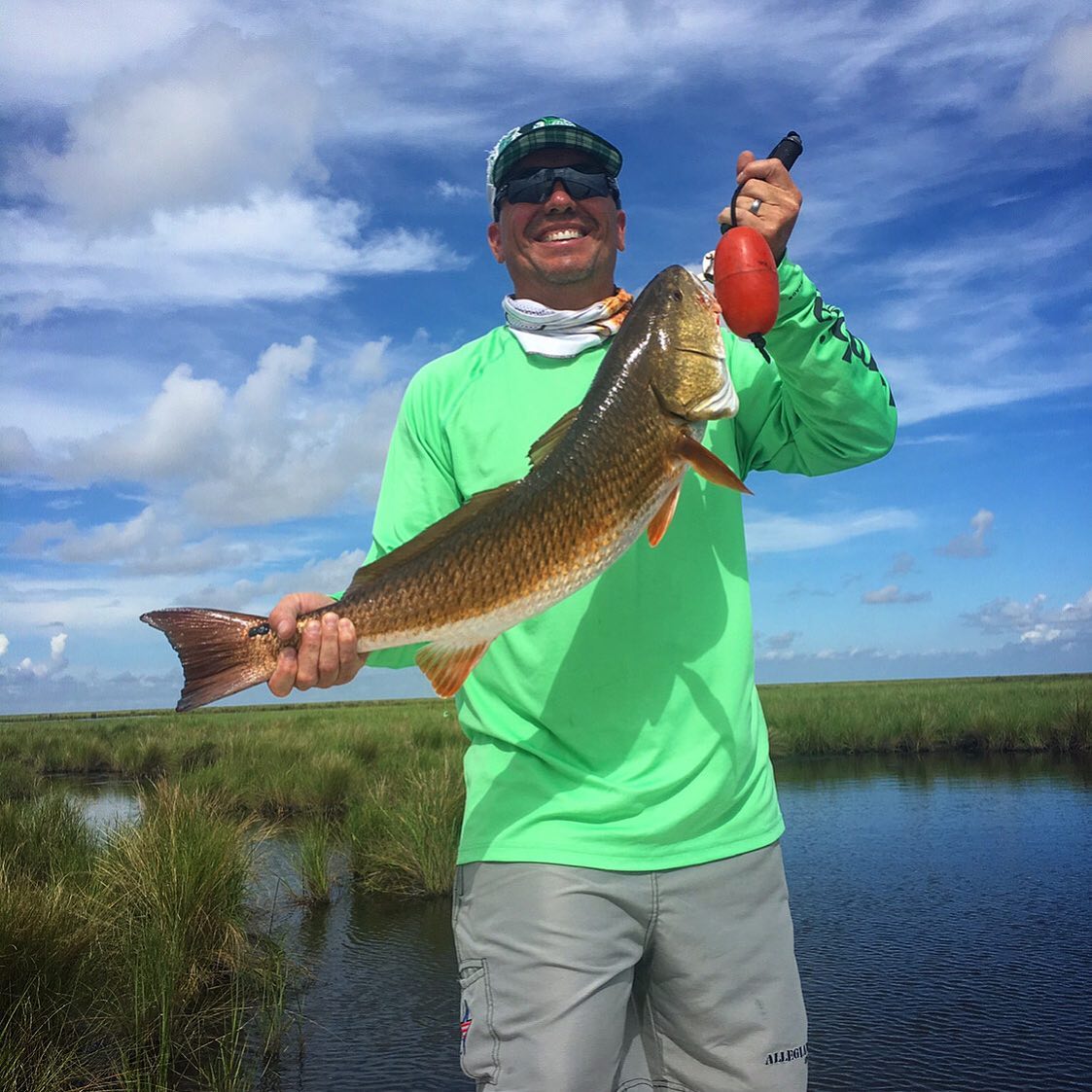 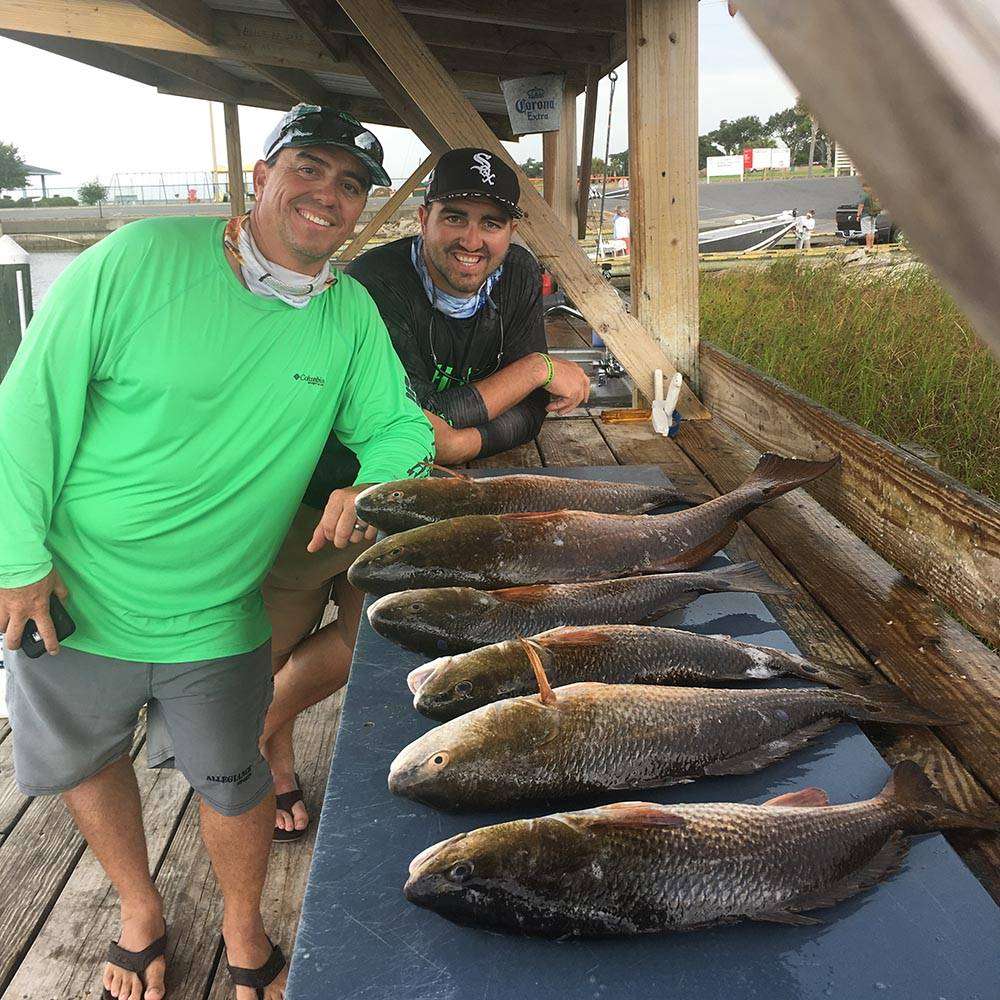 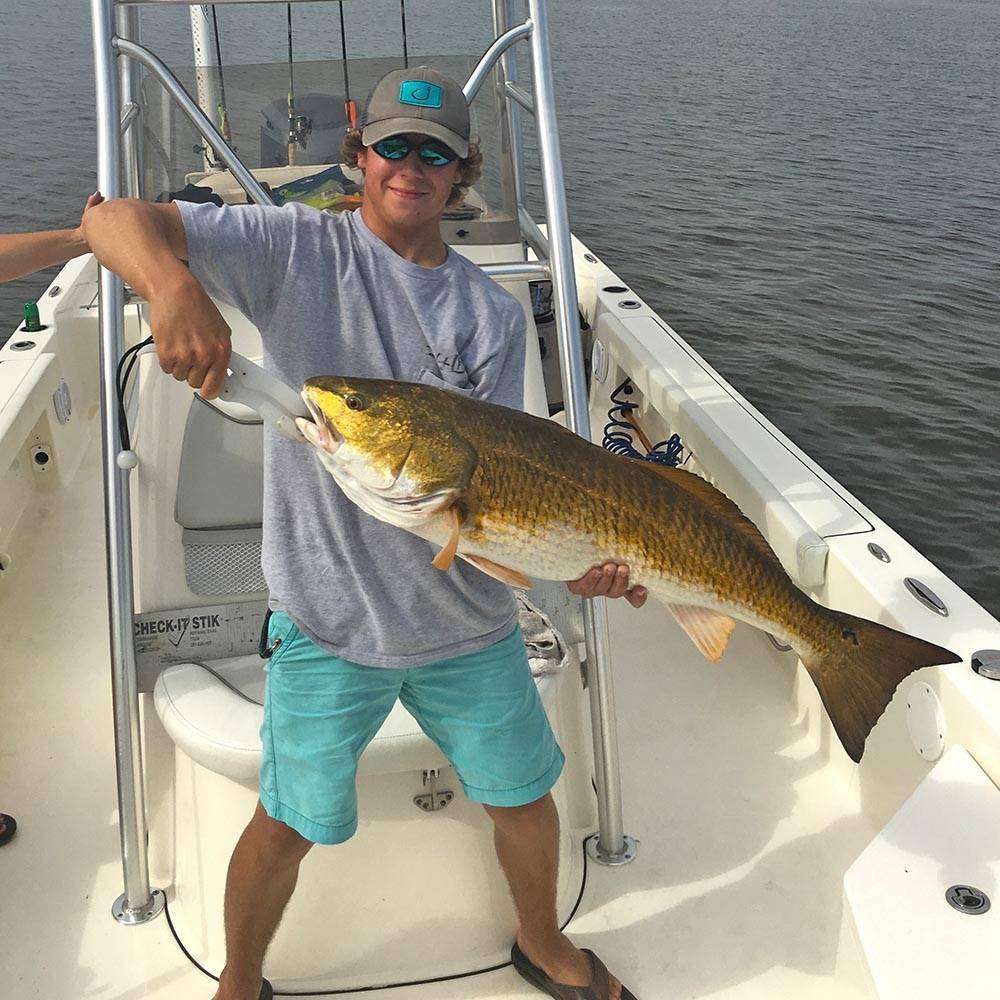 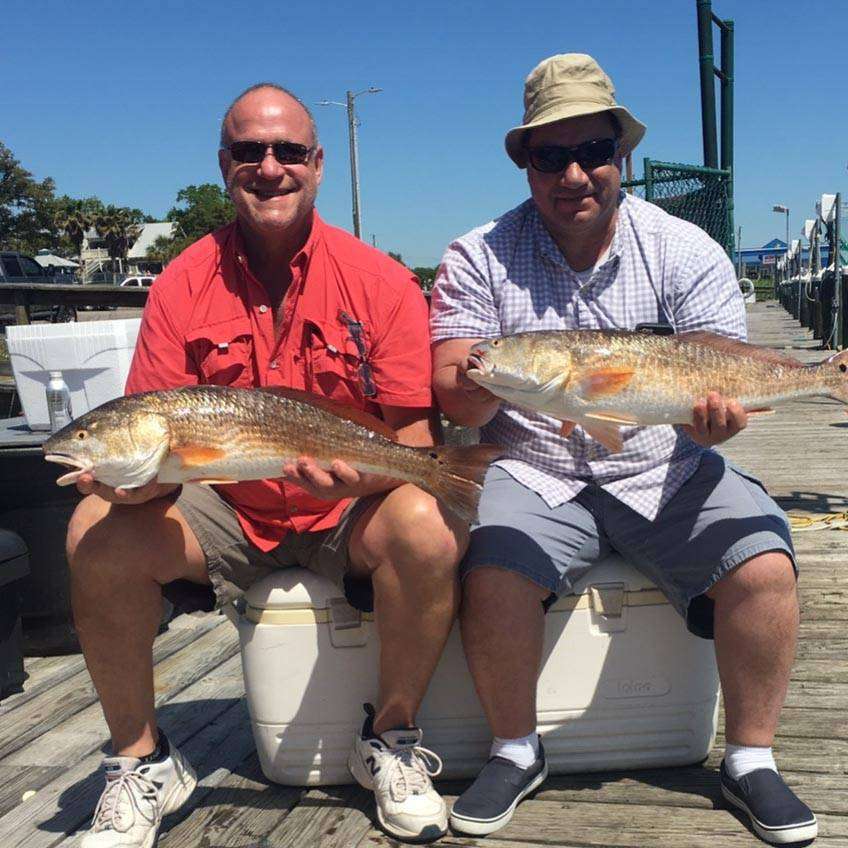 Red Drum, or Sciaenops Ocellatus in Latin, are commonly referred to as Red Fish. Bull Red Fish are simply large Red Drum. Louisiana’s Biloxi Marsh waters are abundant with these armor-scaled fish. According to Swollfest.com, “bull” is a nomer given to a mature Red Fish that has grown to 27 inches in length, or more – once a Red Fish grows to 27 inches, it’s a Bull Red Fish.

In Louisiana, you may only harvest one Bull Red Fish from state waters, these lengthy Red Drum are protected by the local wildlife commission. Moreover, it’s not lawful to harvest Red Fish from federal waters. Be sure to measure all fish reeled-in to avoid fines.

Red Fish pups may be adorable, but the adults are cunning and aggressive. According to Sportsfishingmag.com, adult and juvenile Red Fish are so dissimilar they should be treated as separate species. Adult Red Fish shed their adolescent spots and stack on tough scales. Adult Red Fish’s scales are impenetrable, so much so, an angler referred to the scales as “armor.” Moreover, adult Red Fish utilize their size and the current to pray on smaller fish, Red Fish are carnivores and will eat anything they can catch. Adult Red Fish are ornery and aggressive, it’s even said that these fish “fight dirty.” At maturity, their meat becomes tough to match their aggressive demeanor. These fish are known to struggle on the line and put up a fight.

There aren’t Bull Red Fish hatcheries, in fact, these fish are a mystery to Marine Biologist. According to Lafishblog.com, there’s a great deal about Red Fish we don’t know. Anglers have taken to tagging Red Fish and recording their size. This isn’t the first time anglers have become advocates for a species of fish. Upon recapture, growth and location is noted. Biologist know the migratory patterns and growth rate of Bass, but Red Fish remain somewhat of a mystery. If more were know about these fish their population could be inflated and encounters with Bull Red Fish would increase.

Search Louisiana’s Biloxi Marsh waters to reel-in a Bull Red Fish. These fish put up a fight, but it’s worth the effort. When landing a Bull Red Fish from Louisiana’s waters, make sure to support their belly to prevent their organs from shifting for a safe release. 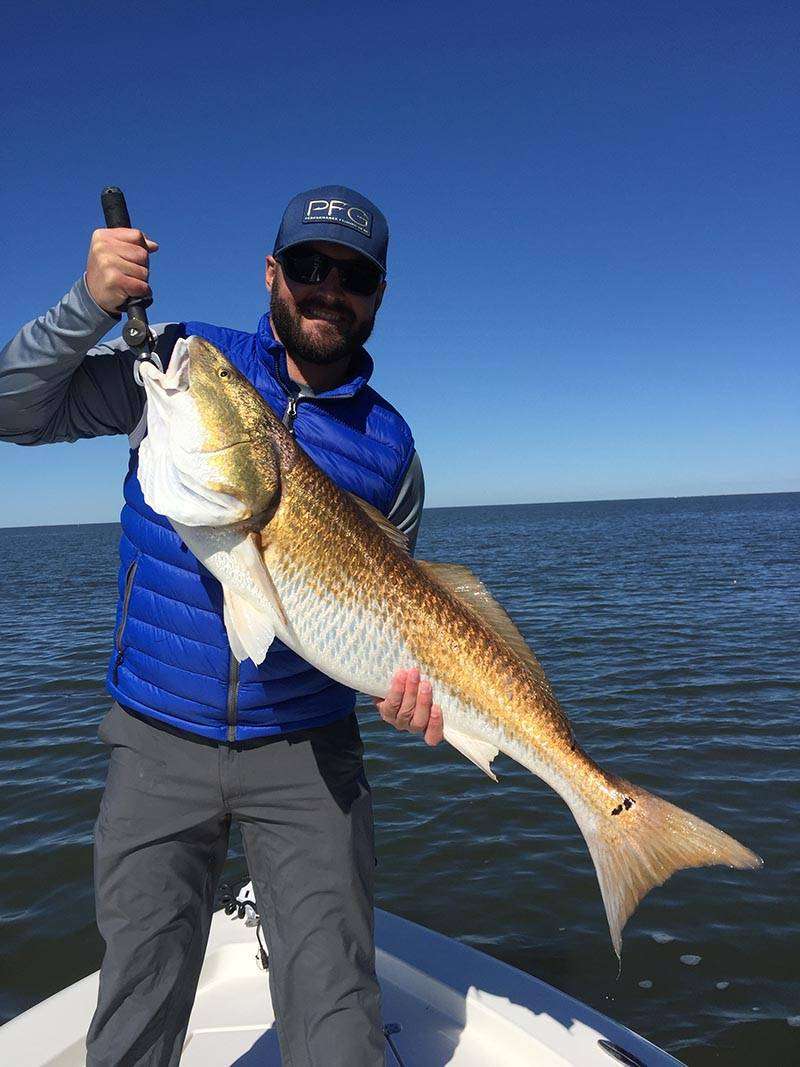 © 2023 Legends of the Lower Marsh. | Web design by SteamWorks | Page One Fishing